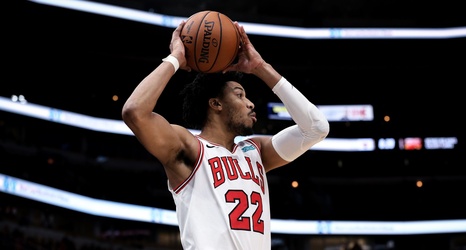 The wing spot for the Chicago Bulls quickly dwindled down in depth through the preseason and Training Camp. Since the Bulls are going through injury problems with second-year small forward and the 2018 first round draft pick Chandler Hutchison that could cause him to miss time early in the regular season, the wing depth off the bench will thin out. It also doesn’t help that fourth-year fellow former first round pick and shooting guard Denzel Valentine got off to a really slow start in the preseason.

If Hutchison misses a lot of time with his lingering hamstring injury in the early portion of the regular season, then a likely replacement would be Valentine if he proved he could handle that more versatile role.