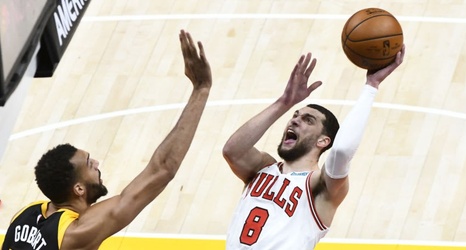 Tough shot-making is something that Chicago Bulls fans are well used to from star shooting guard Zach LaVine. But that feature out of the game of star center Nikola Vucevic is still rather new to Bulls fans. It is also rather new for the Bulls to have two true stars that can make their own tough shots on this team at the same time.

Getting Vooch from the Orlando Magic at the trade deadline was something that gave LaVine a true star running mate with the Bulls.