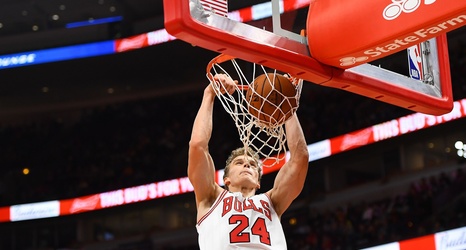 While the Chicago Bulls may have emerged from the pre-season with a losing record, they certainly impressed in their performance. Their offence seemed rejuvenated, seemingly free-flowing and resulted in increased ball movement and good looks for players across the board.

Zach LaVine was predictably stellar offensively, and Bulls rookie Coby White also impressed in his first games in the Bulls uniform. However, one of the Bulls star players was quiet throughout the preseason, leaving many concerned about the future of a supposed marquee player. Simply put, Lauri Markkanen needs to shoot the ball more.