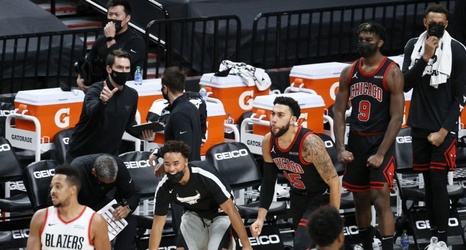 One player that the Chicago Bulls fan base was waiting to see what type of impact he could make this season, but had to wait a long while for, was the rookie former Kansas Jayhawks star point guard Devon Dotson. As one of the players holding a two-way contract slot on the Bulls this season, along with second-year shooting guard/wing Adam Mokoka, Dotson didn’t look like he would get much playing time out of the gates.

Yet, when first-year head coach Billy Donovan and the Bulls ran into depth problems in the backcourt rotation, they didn’t really turn to Dotson for help in a bigger role.