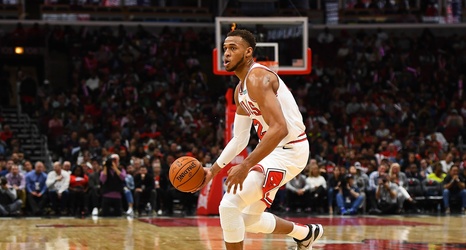 Although he looked to maybe have momentum to getting more playing time with the Chicago Bulls early in the regular season, rookie center Daniel Gafford will be joining the G-League affiliate Windy City Bulls starting on Nov. 2. But there are a lot of big names involved with the G-League Windy City Bulls at the beginning of this month.

The former Arkansas Razorbacks rim-running big man had impressive showings throughout the Las Vegas Summer League and the preseason. He even had nice words coming from the media and coaching staff in Training Camp. But it appears as if the Bulls are going to let him develop this season through their G-League affiliate.