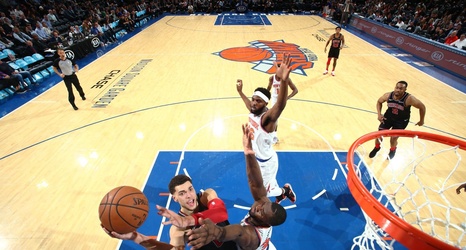 The Chicago Bulls have had a fairly wild 2018-19 season thus far. They’ve dealt with a coaching change, a near mutiny and some future-altering trades. And that’s just the off-the-court stuff.

On the court, the Bulls have been pretty entertaining as well. Young guys like Zach LaVine and Lauri Markkanen have taken huge steps forward in their overall games. Otto Porter Jr. has proven that he’s (surprisingly) worth his albatross of a contract. Wendell Carter Jr. had a solid start to his professional career before getting hurt. Former two-way guy Ryan Arcidiacono has proven that he belongs in the NBA for the long haul.