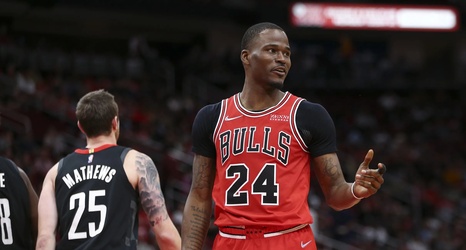 I guess...well...hmm...it’s the NBA, after all. And weird losses can happen? The Bulls aren’t actually some juggernaut, and a road date against an NBA team isn’t a gimme. Even when that NBA team is the worst in the league, with one win all season, and not really trying to win when their veterans are getting limited minutes or DNPs.

Alas, the Bulls really did it tonight, they were the ones to snap the Rockets 15 game losing streak in a befuddling 118-113 final score. The Bulls had won the 4th quarter and managed to get within 3 at points late in this game, but never re-took the lead after Houston had a 35-18 third period and a double-digit margin.