Bulls vs. Hawks game preview and live open thread: there will be a game 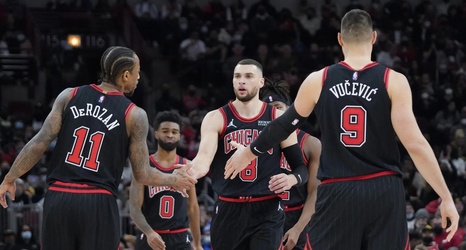 There isn’t much to preview in these games these days: it’s all about who is available and who is not.

For the Bulls, they returned to the court after 6 days without games with many of their players available to produce a great-shooting effort in a win over the visiting Pacers.

Now, having to play another game so soon, and travel, may mean there’s potential for a letdown. But in these protocol times of the NBA right now that doesn’t matter as much as who is available for the opposing team.

And the Atlanta Hawks are where the Bulls were 2 weeks ago where they almost don’t have enough players to play.