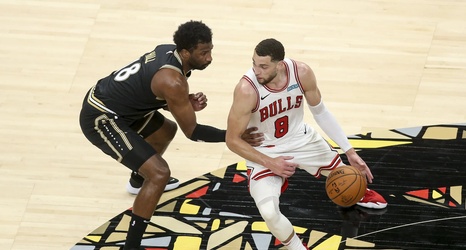 That’s the scoring output Bulls star guard Zach LaVine produced in a 120-108 loss to the Atlanta Hawks on Friday night. Powered by LaVine, the Bulls controlled the first half to lead 66-53, only to see the Hawks claw their way back to end a three-game winning streak. Atlanta used a 17-2 run across five minutes in the fourth quarter to take control.

It was the first time in his career LaVine scored 50 points and the first time a Bulls player dropped a 50 piece since Jimmy Butler in January 2017 against the Hornets.