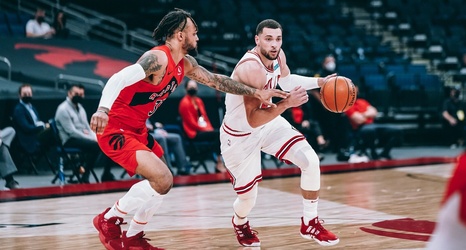 Zach LaVine and Nikola Vucevic scored 22 points each as Chicago took care of business against the Toronto Raptors with a 122-113 win. LaVine also added 13 assists, one shy of his career-high. The Raptors only had eight players available but were led by Chris Boucher, who had a monster 38 point, 19 rebound outing. The Bulls (22-28) will look to extend their winning streak on Friday night on the road against the Atlanta Hawks (27-25).

For a long time, the toughest Bulls were the ones in the pregame video. No more.

Now the Bulls are the Big Bad guys, the tough, mean, angry, physical guys who are going to batter you on the boards and dominate you in the paint.