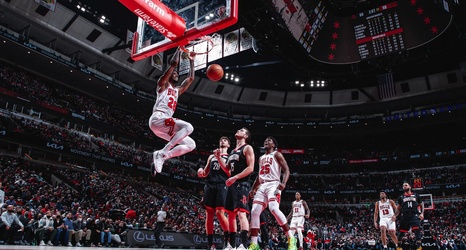 The Chicago Bulls announced that the team has released forward Alize (AL-iz-zay) Johnson. The team also announced that it has signed forward Alfonzo McKinnie. McKinnie had previously signed 10-day contracts with the club on Dec. 10 and Dec. 20. In accordance with team policy, terms of McKinnie's contract were not disclosed.

During his time with the Bulls this season, the Chicago native has appeared in three games and posted 8.0 ppg, 2.3 rpg and 1.