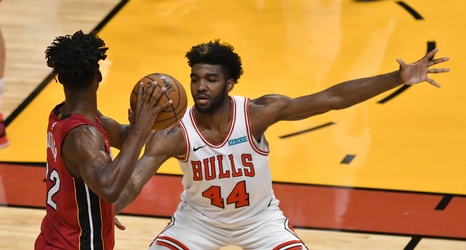 So much for things being quiet for the Bulls ahead of training camp. Friday morning, the Bulls announced that second-year forward Patrick Williams will be out 4-6 weeks after suffering a “severe left ankle sprain during an optional workout.”

NBC Sports Chicago’s Rob Schaefer later clarified that the 4-6-week timetable is from when the injury happened on Sept. 15, so based on that, it’s not quite as bad as it looks.

In addition, Coby White is expected back at some point in November from surgery on his labrum.

While the Bulls have a lot more talent in place, it’s still obviously not ideal that they could be down two rotation guys to start the season, even if they’re not part of the top four.