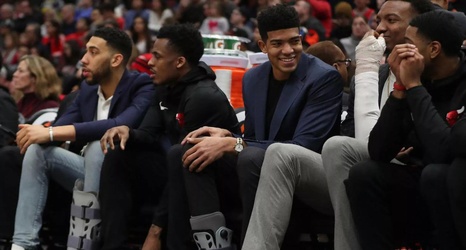 There was a time when the Bulls didn’t try and justify all their misfortune.

Former coach Tom Thibodeau – still a bad word for some to mutter at the Advocate Center – didn’t dwell in the land of excuses. It was “next man up,’’ “just do your job,’’ and “the magic is in the work’’ when it came to “Thibs.’’

And while Thibodeau won a lot of games for Bulls ownership, maybe his most impressive showing in that coaching seat came in the 2012-13 season in which he willed the Derrick Rose-less Bulls to 45 wins, and then upset Brooklyn in the first round of the playoffs with Luo Deng and Kirk Hinrich sidelined for Game 7.