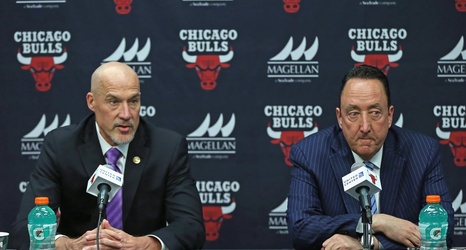 Bulls fans voiced displeasure with their team’s front office on live television on the first day of NBA All-Star Weekend.

It all started when First Take co-host Max Kellerman asked Bulls guard Zach LaVine if he had confidence vice president John Paxson would be able to get him the help he would need to take the Bulls to the next level in their rebuild. Fans immediately began booing.

“They might think differently, man,” LaVine said in reference to the disgruntled fans.