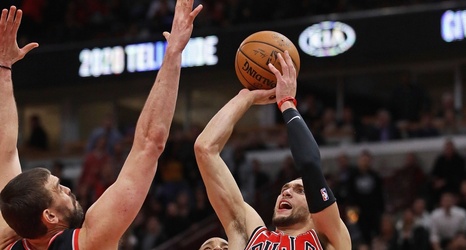 The Bulls Monday had another thrilling finish as first runner up. That's not too bad in a beauty contest and pretty good in the Olympics. Basketball games? Not so much as the Bulls once again squandered a fourth quarter lead and watched helplessly as Zach LaVine's driving attempt for the win bounced away as time expired. The Bulls with the 93-92 loss to the Toronto Raptors fell to 8-17 with the last three losses by two points, in overtime and by one point, games in which the Bulls led by at least five points midway through the fourth quarter.