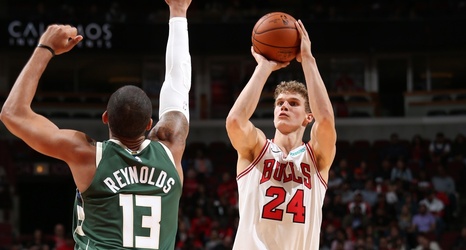 The Chicago Bulls have exercised the fourth-year option on forward Lauri Markkanen, and third-year options on center Wendell Carter Jr. and forward Chandler Hutchison. By exercising their options, all players will be under contract with the Bulls for the 2020-21 season.

Markkanen came to the Bulls in a Draft-night trade with the Minnesota Timberwolves in the 2017 NBA Draft. After being selected to the All-Rookie First Team during the 2017-18 campaign, Markkanen's sophomore season yielded improvements in his averages in points (18.7), rebounds (9.0) and assists (1.4) while shooting .430 from the field, .361 from 3-point range and .