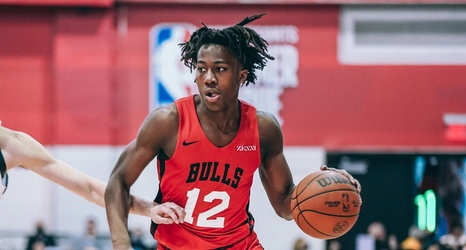 Summer League has been a linguistic stew for Bulls rookie and former Illinois star Ayo Dosunmu, starting with an oy vey in the opening game loss to a bit of ole' in Tuesday's comeback victory over the Spurs when Dosunmu's defense and four steals help spur the Bulls from a 22-point deficit.

"I was a bit anxious the first game being my first professional game," Dosunmu admitted. "The second game, it really cooled down for me. It's just basketball. That's the thing when I say try to get better each game. I'm excited to get better (Thursday 3 p.