Bulls’ Coby White gets some love in NBA Rookie Survey 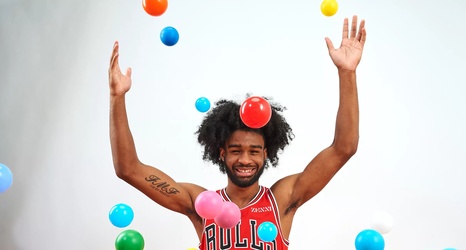 NBA.com’s John Schuhmann has made the NBA Rookie Survey an annual tradition, and he just released the results of the 2019-20 version. While Bulls rookie Coby White doesn’t lead the pack of 42 rookies in any of the categories, he’s actually tied for most categories with a vote with five. Second-round pick Carsen Edwards is the other one with five.

Note: Players were asked not to vote for themselves, college teammates or NBA teammates. These votes were discounted.

To the surprise of nobody, No. 1 overall pick Zion Williamson is on top of this category with 35% of the vote, edging out No.