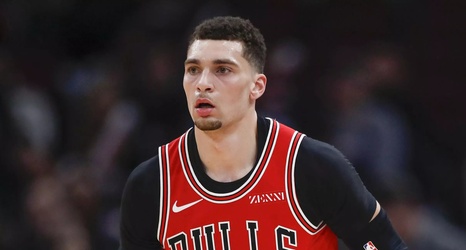 Forget the fact that the Lauri Markkanen injury has now put the rest of the season on life support.

Sure, the Bulls were saying all the right things on Friday, after it was announced that the third-year forward could be out at least the next four-to-six weeks with a right pelvis injury, but it’s the bigger picture of the Markkanen injury that also took a hit.

Specifically, what it did to Year 3 of the rebuild.

With Markkanen joining the likes of Wendell Carter Jr., Otto Porter Jr., and Daniel Gafford in the training room, veteran Thaddeus Young is more necessity than trade chip for the suddenly undermanned frontcourt.