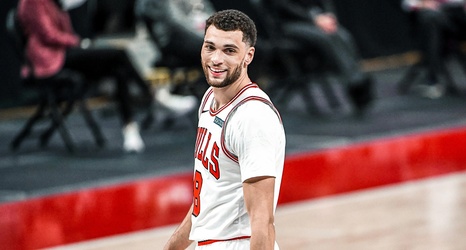 Zach LaVine scored 30 and Nikola Vucevic had a 29 point, 16 rebound double-double as the Bulls cruised by a depleted Detroit Pistons team 108-96. It's the third straight win for the Bulls as they stay alive in the East for the final spot for the play-in tournament. The Bulls (29-39) will look for the fourth straight win when they host the Brooklyn Nets (44-24) on Tuesday night.

I know who's going to win the Eastern Conference play-in tournament.

Though, I agree, it will be much more difficult if they don't qualify.

The Bulls, Sunday, took another small step toward that goal with an easy 108-96 victory over the Detroit Pistons that satisfied both teams.