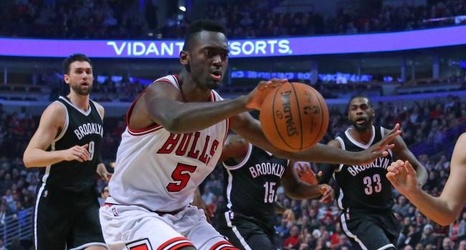 CHICAGO — Bobby Portis fell into consistent playing time almost by accident, when the Chicago Bulls were at their lowest point. Now, he’s made it clear that he’s not going anywhere.

All season, while the No. 22 pick in the 2015 NBA draft was waiting for his turn, Bulls coach Fred Hoiberg was adamant that Portis would play meaningful minutes at some point this season. It was just a matter of finding minutes in a crowded frontcourt rotation filled with veterans.

His opportunity came following the Bulls’ four-overtime loss to the Detroit Pistons on Dec.