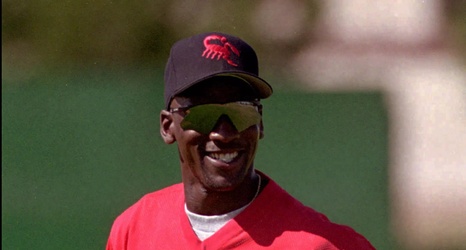 The autographed baseball bat was neglected and forgotten, sitting in a car trunk for 13 years, and never displayed in a home.

It also happens to be autographed by Michael Jordan.

It’s the bat he used to produce two hits in an Arizona Fall League game with the Scottsdale Scorpions in 1994, the year he signed with the White Sox and announced he was retiring from the NBA.

Hollywood actor/stuntman Tony Todd, who was a stuntman in the blockbuster movie “Black Panther,’’ and is a regular in celebrity softball games throughout the country, simply forgot he even had it.