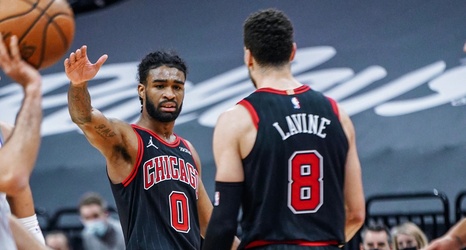 I am the first to admit that I was wrong about Zach and I think Billy Donovan is a big reason he has become a better all around player. I still think a distributing point guard is our number one requirement. So do we roll the dice in the draft or wheel and deal. I'm for the latter. Straight up. Ben Simmons for Zack Lavine? I would pull the trigger.

It is comforting to know the world remains on its axis and some Bulls fans still want to trade Zach. Not nearly as many, I will acknowledge, but some.