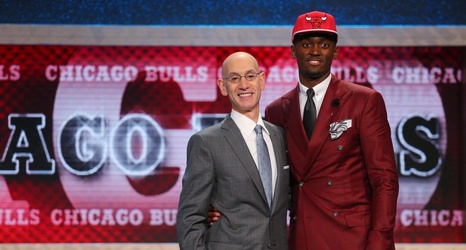 LeBron James and the Cleveland Cavaliers became the latest team to join the Chicago Bulls and the other 28 teams that didn’t hoist the Larry O’Brien Trophy at season’s end after a five-game series defeat to the reigning champion Golden State Warriors.

As for those Bulls, they’ll have two selections to make on Thursday night in Brooklyn at No. 16 and No. 38 overall in the draft. Last year brought them Denzel Valentine and Paul Zipser.