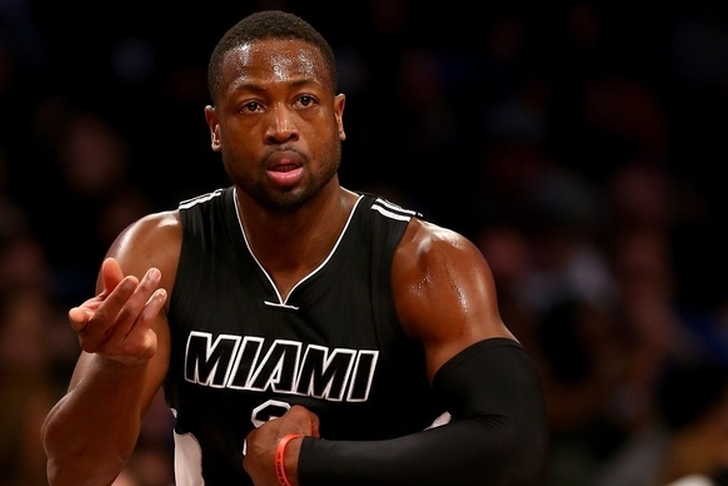 Dwyane Wade is leaving the Miami Heat. The guard has committed to signing a contract with the Chicago Bulls.

Dwyane Wade has informed the Bulls he plans to sign a deal with them, sources tell @TheVertical. Bulls sending out contracts now.

The deal is contingent with the Bulls clearing cap space in order to offer Wade a roughly two-year, $47 million deal. To do that, the Bulls are trying to trade two players.

Bulls have traction a deal to move Jose Calderon & working on separate deals for Mike Dunleavy, sources said. Would clear about 25M in space

Wade has spent his entire NBA career with the Heat. However, he was reportedly unhappy with the Heat's prioritizing Hassan Whiteside and Kevin Durant. The Heat also low-balled him with a $10 million a year offer at first.

Chicago is Wade's hometown and that likely played a major role in his leaving. The Nuggets, Cavs, Bucks and Heat also had varying interest in signing Wade. He appeared to confirm the move on Twitter.