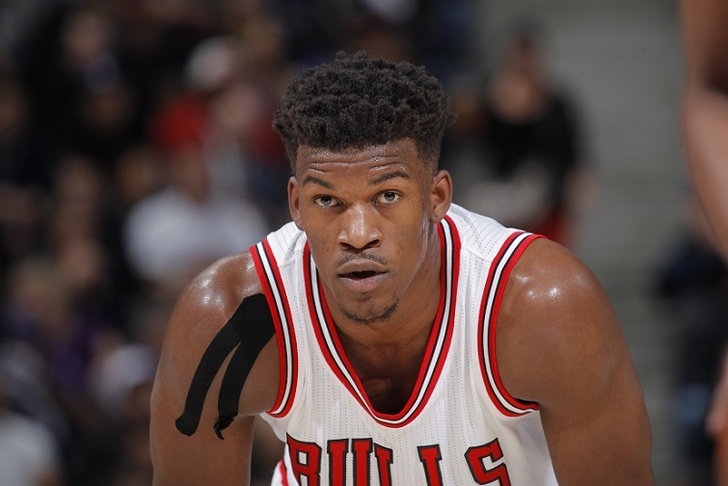 Jimmy Butler has signed a five-year, $95 million deal to stay with the Chicago Bulls, according to Yahoo Sports.

Butler's deal will include a player option after the fourth year of the deal, sources told Yahoo.

The 25-year-old had rejected the Bulls' offer of a four-year, $44 million contract extension in October, betting that he could enhance his value on the restricted free-agent market this summer. He did so, averaging a career-best 20 points, 5.8 rebounds and 3.3 assists in 2014-15, and was named the NBA's Most Improved Player of the Year.

"It came down to me deciding that I want to bet on myself," Butler said in October. "It was about me believing that I put the work in this summer to become a better player with the hope that my improvement will give the Bulls a better chance to win a championship."

The Lakers had expressed interest in signing Butler to an offer sheet, but he canceled all meetings with other teams after the Bulls offered him the max contract.