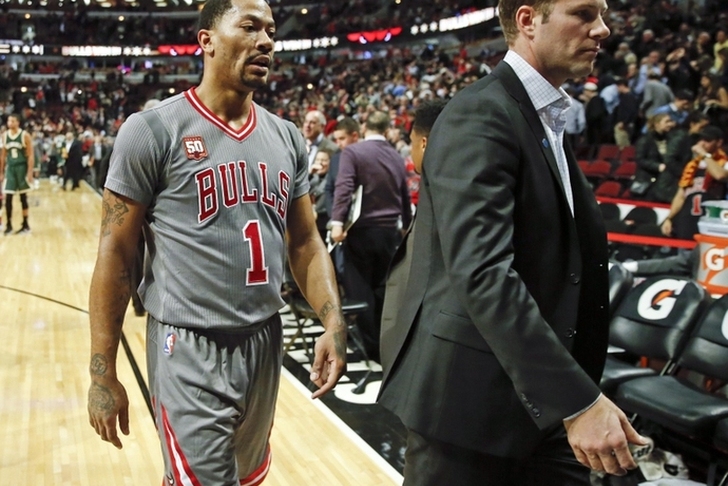 Chicago Bulls point guard Derrick Rose has been playing his best basketball of late, averaging 20 points and 5.2 assists per game since the All-Star break after having a lackluster first half of the season.  First-year head coach Fred Hoiberg says that Rose's quick return from orbital bone surgery at the start of the season probably played a big factor in those early season struggles.

“Did he come back too soon? Looking back on it, we could’ve got him in better rhythm and better shape to start the year, but he wanted to be out there with his teammates for the first game," Hoiberg said. "That’s a hard decision to make at that time because he wanted to be on the floor, and he had a really good game in that Cleveland game. He didn’t shoot a high percentage but his attack was really good. It’s hard to say. Hopefully he doesn’t have the same thing happen to him next year.

“He’s playing his best stretch of basketball. There’s no doubt about it. He’s raising up and taking and making clutch shots with no fear. He’s attacking the basket. He’s doing a good job finding mismatches and throwing ahead on the break. And his defense has been much better the last few games, applying more hand pressure, getting deflections and getting in the ball better on the pick-and roll.”

Rose's play is certainly peaking at the right time for Chicago, who are tied with the Detroit Pistons for the eighth and final playoff spot in the Eastern Conference.