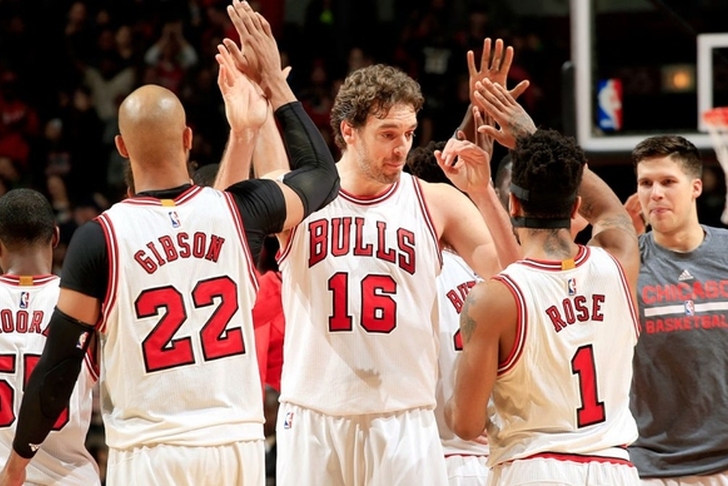 The Chicago Bulls were expected to compete with the Cleveland Cavaliers at the top of the Eastern Conference this year, and while they've been successful with an 11-6, there have been some growing pains under new head coach Fred Hoiberg. Here's their quarter-season report:

The Spurs are clearly the second-best team in the league behind the undefeated Golden State Warriors, and they used a strong defensive performance and solid fourth quarter to pull off the comeback victory. It's the only game this year Chicago beat a team they weren't supposed to.

Of Chicago's six losses this year, this is the only one that came against a team currently with a losing record.

McDermott has taken a big step forward in his second year and has earned his spot on the court during the closing moments of the game despite being Chicago's sixth or seventh man. He's averaging 9.4 points per game but, more importantly, is giving Chicago the shooting threat they desperately need, shooting 47.4 percent from three-point range.

Hoiberg was brought in to open up Chicago's offense and turn one of the league's worst offensive teams into one of the league's best, but that hasn't happened yet. The Bulls rank just 21st in the league in points per game (98.7) even though they're shooting over 42 percent from the field as a team. It's clear that Hoiberg is still adjusting to the NBA game and that the Bulls still haven't totally picked up his fast break offense.

Neither. Chicago is about where we expected them to be at this point, ranking among the top teams in the East while still showing growing pains under Hoiberg. The Bulls should be feeling confident about their chances right now.