Bulls Weekly: Chicago Still In Funk Despite Play Of Butler 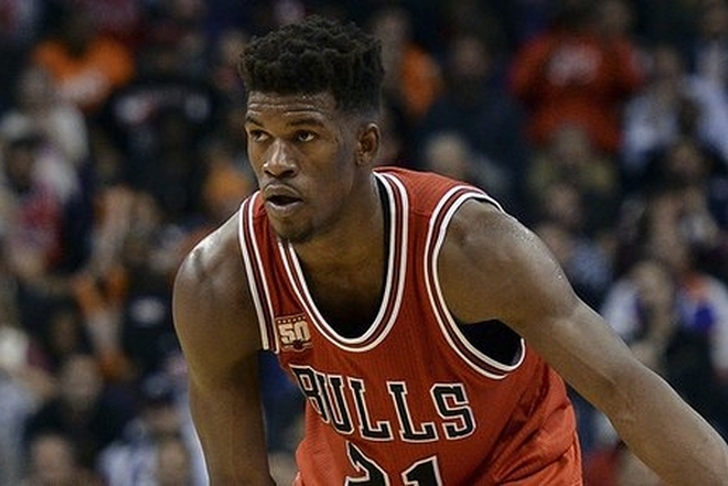 The Chicago Bulls were riding high and on a six-game winning streak, but have since found themselves sliding back down the Eastern Conference standings, losing four of their last five games. Let's get you up to speed with the week that was and the week ahead with our Bulls Weekly update:

Last Week:
Chicago's three-game losing streak started last Saturday when they lost 120-105 to the Atlanta Hawks, then followed that up with a 114-100 home loss to the Wizards on Monday. The Bulls then took on the Bucks in Milwaukee in the second game of a back-to-back and lost 106-101.

Chicago finally got back in the win column with a 115-111 overtime win over the Philadelphia 76ers thanks to a 53-point performance from Jimmy Butler. However, the Bulls followed that up with a 83-77 loss to the Mavs on Friday in the second game of a back-to-back.

What's Next?
Chicago will try to turn things around today against the Detroit Pistons, then will host the Golden State Warriors on Wednesday. After that, the Bulls hit the road again for a back-to-back with the Boston Celtics on Friday and Cleveland Cavaliers on Saturday.

Injuries:
Center Joakim Noah is out for the remainer of the season after undergoing surgery to repair a separated shoulder.

Guard Kirk Hinrich (quad) and forward Mike Dunleavy Jr. (back) have both been ruled out for their game against the Pistons. Hinrich is listed as questionable going forward, while Dunleavy is still weeks away from returning.

What They're Saying:
NBA Trade Rumors: Are Chicago Bulls Interested in Arron Afflalo?

Hoiberg says loss of Noah 'tough on everybody'