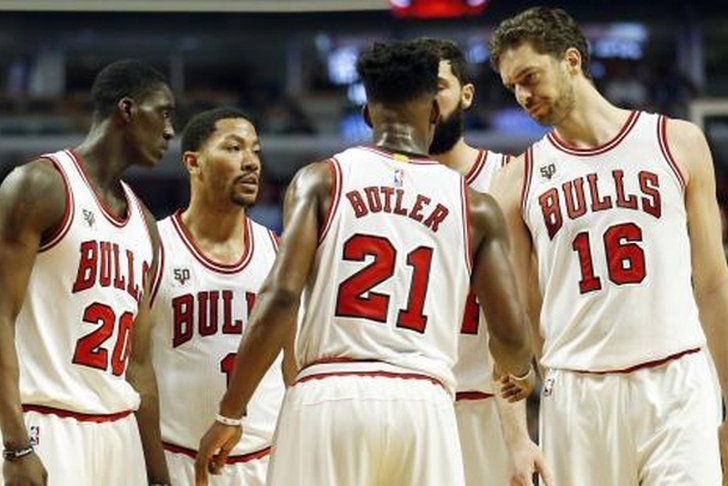 The Chicago Bulls were riding high and on a six-game winning streak coming into this week, but have since found themselves sliding back down the Eastern Conference standings. Let's get you up to speed with the week that was and the week ahead with our Bulls Weekly update:

Last Week:
Chicago's current three-game losing streak started on Saturday when they lost 120-105 to the Atlanta Hawks, then followed that up with a 114-100 home loss to the Wizards on Monday. The Bulls then took on the Bucks in Milwaukee in the second game of a back-to-back and lost 106-101.

What's Next?
Chicago will try to turn things around tonight when they take on the Sixers in Philly, then will return home to take on the Dallas Mavericks on Friday. After having this weekend off, the Bulls head out on a one-game road trip to take on Pistons before ending the week on Wednesday with a home matchup against the Golden State Warriors.

Injuries:
Point guard Derrick Rose is listed as day-to-day with a knee injury.

Shooting guard Jimmy Butler is also day-to-day with an ankle injury. Both him and Rose are game-time decisions to play tonight vs. the 76ers.

Center Pau Gasol will not play tonight against the Sixers with shoulder and Achilles injuries.

What They're Saying:
Beyond the Box Score: Analyzing the Bulls' screen defense

Goodwill: Bulls roster at a crossroads, in need of real change