Bulls Weekly: Chicago Looking To Get Back On Track 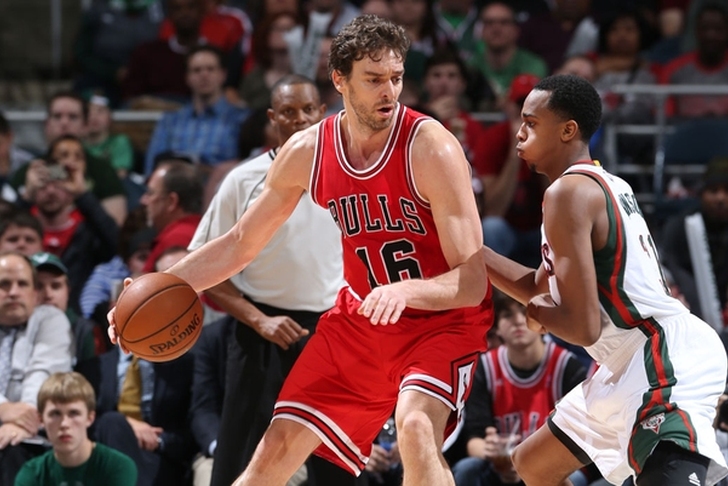 The Chicago Bulls have already lost one game this week, and are now 26-21 this season. The Bulls are sliding sliding back down the Eastern Conference standings and are now in fifth place with losses four of their last six games. Let's get you up to speed with the week that was and the week ahead with our Bulls Weekly update:

Last Week:
Chicago opened the week with a 89-84 loss to the Miami Heat Monday. The Heat outscored the Bulls 28-16 in the fourth quarter for the comeback win. Pau Gasol led the way with 19. Derrick Rose played just 13 minutes, posting four points.
The Bulls bounced back Thursday with a 114-91 win over the Los Angeles Lakers. It was the first road game in a streak of seven straight. Gasol had 21 points, 12 rebounds and seven assists against his old team. Jimmy Butler racked up 26 points to lead all scorers.
But another loss followed Sunday, with the Clippers blowing out the Bulls 120-93. Gasol had a double-double and Butler and Rose each had 20-plus.

What's Next?
We're starting with the Bulls' loss yesterday. Chicago forced OT, but was outscored 12-3 in overtime and fell 105-96. Butler had 26 points in the loss and Gasol had 19. Rose had 14, but was just 6 of 21 from the field.
The road trip continues Wednesday night against the Kings. The Bulls will need to slow down DeMarcus Cousins, who has been on fire (when healthy) in recent weeks.
The Bulls visit the Denver Nuggets Friday night and then follow that up with another road game Saturday night against the Minnesota Timberwolves. Playing those games as part of a back-to-back will be a challenge. For more on the Bulls' upcoming games, download the Chat Sports Android and iPhone app.

Injuries:
Center Joakim Noah is out for the remainder of the season after undergoing surgery to repair a separated shoulder.
Forward Nikola Mirotic is out indefinitely after he had his appendix removed Wednesday and then had to undergo a hematoma removal over the weekend.

What They're Saying About The Bulls:
Long Road Trip Will Be Humbling For Bulls
Trying to Solve The Pau Puzzle With Bulls
Bulls Feeling Drained After Ninth Loss In 13 Games