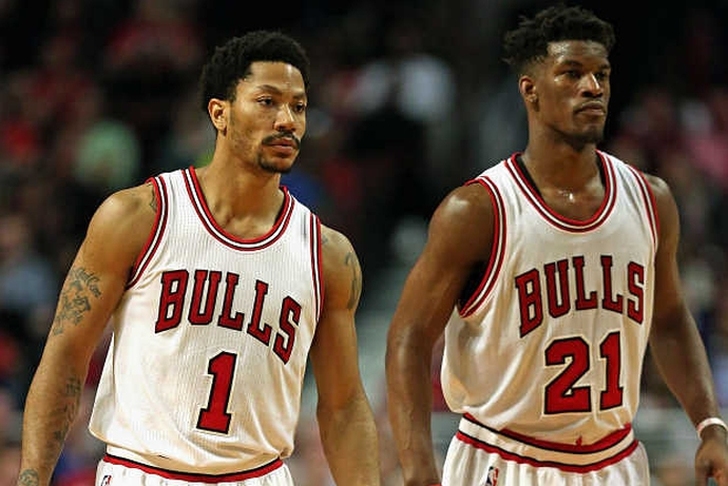 The Chicago Bulls shook off a three-game losing streak, and have now won six impressive games in a row behind the play of Jimmy Butler. Let's get you up to speed with the week that was and the week ahead with our Bulls Weekly update:

Last Week:
Chicago ended 2015 with a 102-100 overtime victory over the Indiana Pacers, giving them second place in the division behind the Cleveland Cavaliers. The Bulls returned to the court on New Year's Day where they outscored the Knicks 31-8 in the fourth quarter for the 108-81 win.

Next up was perhaps's Butler's most impressive performance of the season. Chicago trailed Toronto by 12 points at halftime of their game on Jan. 3, but Butler broke Michael Jordan's franchise record for most points in a half, scoring 40 in the second to lead the Bulls to the 115-113 win.

Chicago then put up a 117-106 win over the Milwaukee Bucks on Monday, and followed that up with a 101-92 win over the Boston Celtics on TNT last night.

What's Next?
The Bulls hit the road to take on the Hawks in Atlanta on Saturday before returning home to play the Wizards on Monday, Jan. 11 in the first game of the back-to-back as they take on the Bucks in Milwaukee on Tuesday, Jan. 12.

Injuries:
Center Joakim Noah did not play on Thursday against Boston as he recovers from a shoulder injury. He's listed as questionable moving forward.

What They're Saying:
Has Chicago Bulls’ Derrick Rose Ceded Control To Jimmy Butler?