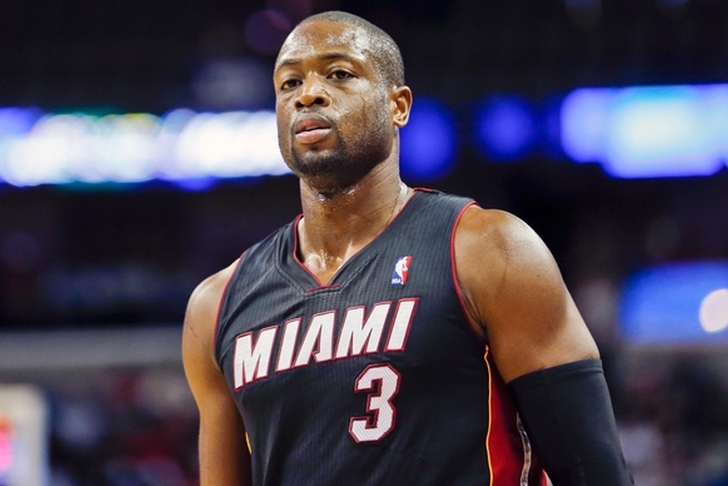 NBA free agency is officially here, and the Chicago Bulls have been quiet so far. However, they're looking at a few different players and could make a move in the near future. The rumor mill is buzzing with meetings and potential signs, and we're here to get you caught up. Here are all the latest Bulls rumors and news you need to know.

Chicago Seriously After Wade?
Dwyane Wade is exploring the possibility of leaving the Miami Heat, and the Bulls are one of the teams he's talking with. Adrian Wojnarowski reports the Bulls are one of "most aggressive pursuers" of Wade. Wade is from Chicago, and playing for his home-town team likely appeals to him. However, it's unclear how he fits on the roster with Jimmy Butler at SG already. Wade reportedly wants $20 million per year and was insulted by the Heat's offer of $10 million.

Bulls Looking At Rajon Rondo?
With Derrick Rose in New York, the Bulls are in need of a new starting point guard, unless they really want to start Jose Calderon next year. That need has led them to have at least some interest in Rajon Rondo.

Mentioned Rondo as possible target this AM and Bulls indeed have had contact with last year's assists leader.

Rondo had a bounce back year with the Kings, although he's still disinterested in playing defense at times. He's not much of a scorer, but is a great distributor.

Bulls Interested In Dion Waiters?
Wade isn't the only shooting guard the Bulls are looking at.

The 76ers also reportedly have interest in Waiters. He's a restricted free agent, which means the Oklahoma City Thunder can match any offer for him. With Butler on the roster, Waiters might need to settle for a sixth man role in Chicago.

Follow our Chicago Bulls team page for all the latest Bulls rumors or download the Chat Sports App!