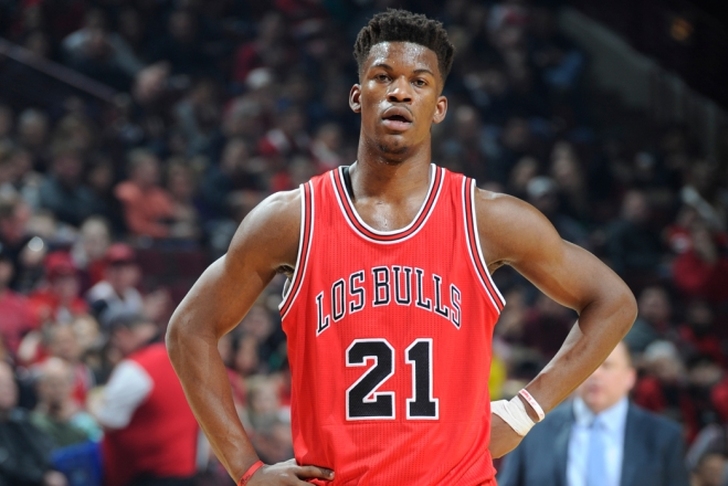 We’re in the beginning stages of the Chicago Bulls' offseason preparations, and there are plenty of plots and subplots to follow during July’s free agent push. Here are three things to know about their free agency plans:

Jimmy Butler is set to be a restricted free agent on Wednesday, and had meetings set up with the Celtics, Lakers, Mavericks, and 76ers. However, after the Bulls offered Butler a max contract (five years, $90 million) on Monday, he has postponed his meetings with other teams. Chicago has remained consistent in their desire to keep Butler, and will match any offer he received from other teams if he doesn’t sign the max offer.

The Bulls are looking for someone to provide outside shooting for them - especially with Mike Dunleavy entering free agency - and ESPN analyst Jalen Rose says he believes free agent Wesley Matthews will join the Bulls.

Matthews, a sharpshooter and defensive stopper, has started in Portland for the past five seasons, and would take over the starting small forward role alongside Derrick Rose and Jimmy Butler on the perimeter.

Matthews had his season cut short due to a ruptured Achilles, but was having a career year. He's shot just under 40 percent from behind the three-point line during his six seasons in the league, and at 6'5" and 220 pounds, has the physicality to guard multiple positions on the perimeter.

Chicago is looking for a point guard to back up Derrick Rose, and the Bulls have targeted J.J. Barea as the free agent they plan to pursue for that role, according to ESPNDallas. Chicago currently has Rose, Kirk Hinrich, and E’Twaun Moore on the depth chart, and aren’t expected to bring back Aaron Brooks. The 31-year-old Barea averaged 7.5 points and 3.4 assists in 77 games for the Mavs last season.