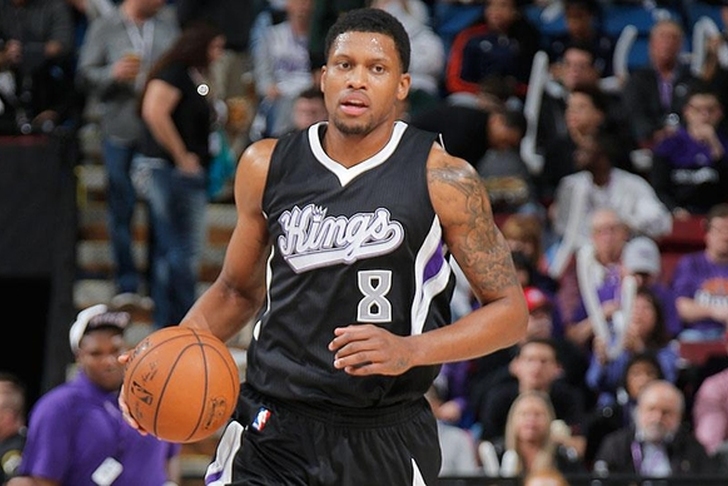 Rumors have surfaced in the past week that the Chicago Bulls are willing to trade Taj Gibson and/or a collection of draft picks to land Sacramento Kings small forward Rudy Gay.

The rumors allegedly stemmed from an anonymous writer under the alias "The Sports Guy" from the English version of the website "Yibada" who took an old quote from Yahoo! Sports NBA guru Adrian Wojnarowski (which posited that the Kings would have a hard time moving Gay while not naming any particular team as an actual fit for him) and decided to do some speculation which seems to have involved the ESPN Trade Machine.

"There’s no assurance this particular deal would go down this season, but the Bulls will certainly explore trade options to give them a strong starting five worthy of rivaling that of the Cavaliers and even West contenders like the Golden State Warriors and San Antonio Spurs. And Gay’s name is undoubtedly atop their wish list."

The Taj Gibson connection seemed to have been randomly tacked on by another less-that-reputable rumors site along the way. As it stands, a mis-worded attempt at speculation from a source with no fear of accountability caught the Internet off guard -- something that seems to happen more than a fair amount in the land of NBA trade rumors.