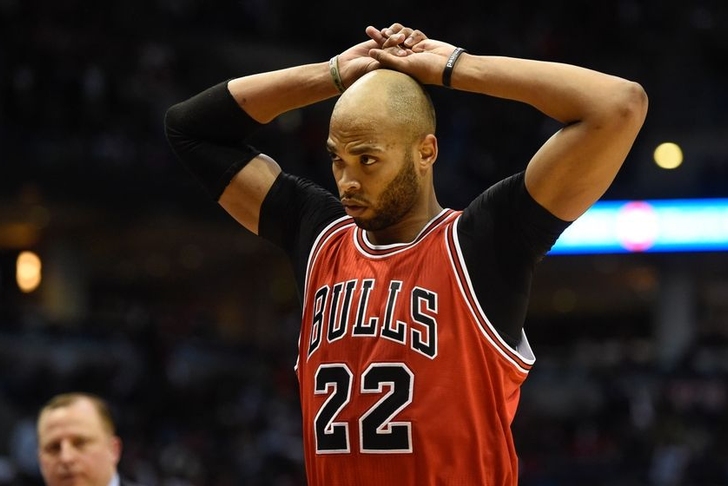 Last weekend, a rumor surfaced in the Twitterverse that had Los Angeles Lakers sixth man Nick Young and forward/center Jordan Hill headed to the Chicago Bulls for a return that may or may not include dynamic sixth man Taj Gibson. Per Lakers Nation's Ryan Ward, that rumor is likely a complete fabrication:

Hearing the Young/Hill trade rumor to Chicago is likely bogus. I know some people are hoping Taj Gibson, but don’t your breath.

Many pundits believe that the team's selection of Arkansas standout Bobby Portis in the first round means the eventual end of Gibson's time in the Windy City.

However, most of that has been merely speculative and Chicago has given no indications that such trade negotiations are in the works.

Gibson averaged 10.3 points and 6.4 rebounds in 27.3 minutes per game for the Bulls in 2014-15. He shot over 50% from the field and remains slotted in as the primary reserve option for Chicago in the frontcourt.