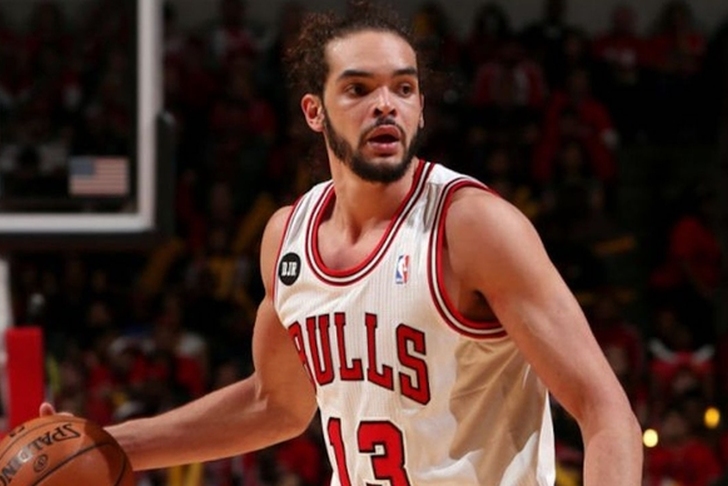 The Chicago Bulls took a very disappointing step back this past season, missing out on the playoffs in their first season under head coach Fred Hoiberg. This team is expected to look very difference next year, whether they add a few players in free agency to help them become contenders again, or if they start a rebuilding process. Here's all the latest rumors you need to know:

Noah to leave team in free agency?
Bulls center Joakim Noah will be an unrestricted free agent this summer, and according to the Chicago Sun-Times, he doesn't plan on re-signing with the team.

Joakim Noah may have belted out his last primal scream in a Bulls uniform. According to a Bulls player, Noah has been telling teammates the last few weeks that he was done with the organization once free agency begins, and “has no trust in the front office getting this in the right direction.

However, ESPN is reporting that Noah and the Bulls are talking about a new contract.

Veteran Bulls center Joakim Noah, his representatives and the Chicago front office continue to have a “positive dialogue” about a new contract amid a report that Noah has been telling teammates he’s ready to leave the franchise, a league source told ESPN.com on Wednesday. Those close to Noah, who is set to become an unrestricted free agent this summer, are still hopeful that he will be able to work out an agreement to stay in Chicago long term.

Pau Gasol open to returning to Bulls
Gasol will also be a free agent this offseason, and while many expect the 35-year-old to sign with a contender, he says he's open to re-signing with Chicago.

"Yes. I know the franchise, I like the city, I like a lot about the team and also about the organization," Gasol told Marca.com. "I have to wait for offers. I try to keep an open mind about this. The good thing is this summer the offers can be very attractive and there’s going to be a lot of teams that can pitch interesting proposals."

Bulls targeting Bismack Biyombo?
If Chicago loses one (or both) of their big men, they will look to the open market to replace them. According to the Sporting News, the Bulls are expected to be one of the teams in the mix for Raptors center Bismack Biyombo:

Boston GM Danny Ainge said that would be among the Celtics’ top targets, and Boston will be a team with interest in Biyombo. So will the Lakers, as they are known to be eagerly seeking a defensive big man to put with Julius Randle in the frontcourt. That won’t be all, of course. Chicago or Houston — attractive big markets — might well need a center this summer, and Biyombo would fit with a burgeoning young playoff team like Portland.

What’s most critical is that the team landing Biyombo has the confidence in him to make him a starter. The money he will warrant will make him too expensive to bench.

Follow our Chicago Bulls news page for all the Bulls free agency rumors!