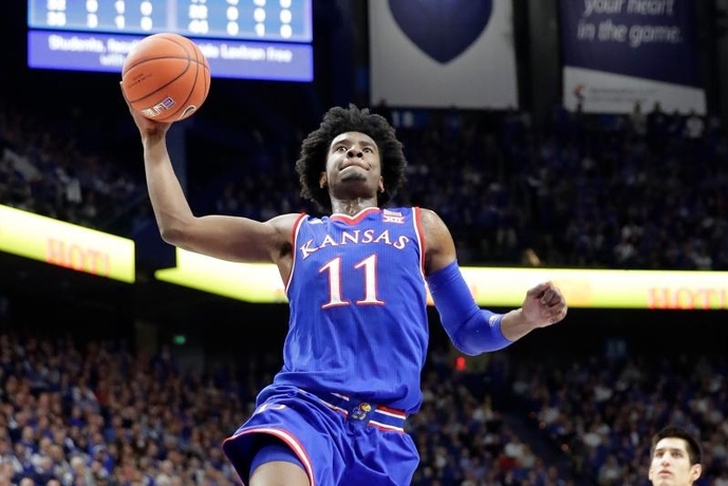 The Chicago Bulls hold the No. 16 pick in this year's draft, but there's a player they want who will be long gone by then. The Bulls have interest in Kansas forward Josh Jackson, a player who the Bulls would need to make a trade to acquire.

ESPN's Ramona Shelburne reports the Bulls (and the Knicks) are interested in Jackson. The Bulls would likely only be able to land Jackson if they traded away forward Jimmy Butler.

The Bulls have had talks with the Cavs about a trade for Butler, with the Suns and their No. 4 overall pick serving as a potential third team to help facilitate a deal. The Celtics are also a team that could complete a trade for Butler, a rumor that's existed since the trade deadline.

Jackson is an expected top-five pick in this year's NBA Draft. The Lakers and 76ers are both expected to pass on Jackson at the top of the draft. Both the Celtics and Suns could take Jackson at No. 3 and No. 4, respectively. It'd be a major draft night surprise if he fell past the Kings at No. 5.

Check out our Chicago Bulls team page for all the latest Bulls Draft Rumors or download the Chat Sports App!