Bulls Draft Rumors: Chicago Could Trade Jimmy Butler To Celtics For Package Including No. 3 Pick 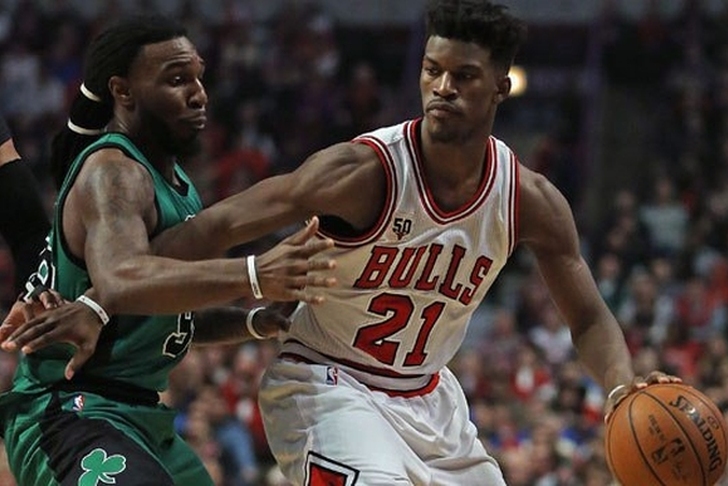 The Chicago Bulls have been taking offers for Jimmy Butler since last offseason, but have yet to pull the trigger on a potential trade.

Despite continued public comments that they don't plan to deal Butler, Adam Zagoria of FanRag Sports reports that the Celtics are planning to package several first-round picks to make an offer for him.

The Celtics could also be acquiring more first-round picks to deal for Jimmy Butler, per league source.

In the deal between the Celtics and Sixers, Boston received the No. 3 pick in this year's draft and the Lakers' 2018 first-round pick. Both picks would likely be included in any potential deal, as well as a player or two (likely Jae Crowder).

Boston has been linked to Jimmy Butler for over a year, an nearly acquired him at the trade deadline before talks between the two sides broke down. It's clear their interest in Butler has not wavered despite several failed attempts to land him.