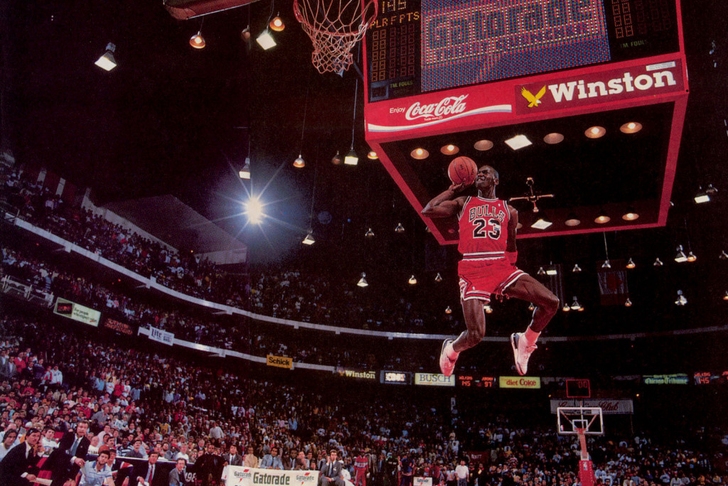 In this next video, revenge is a dish best served dunked.

Former Atlanta Hawks defensive juggernaut Dikembe Mutombo decided to take Michael Jordan to task in the Eastern Conference locker room at the 1997 NBA All-Star Game, claiming to everyone around that MJ had never dunked on him.

In true "His Airness" fashion, Jordan made sure to deliver his response just a few short weeks later.