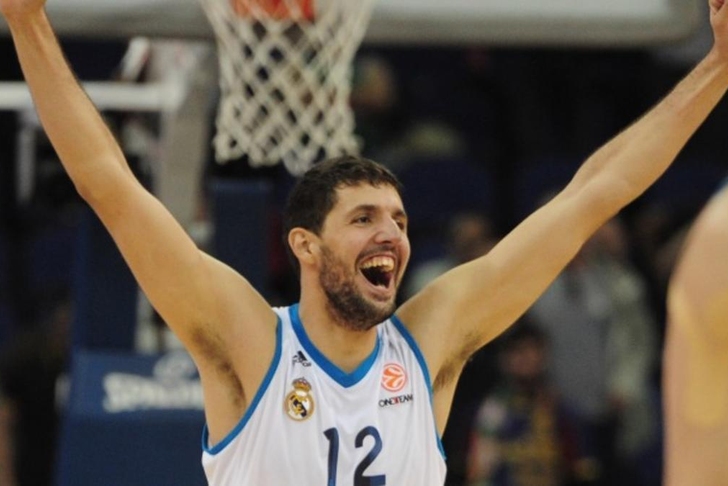 The Chicago Bulls have finally gotten their man, as Euro star Nikola Mirotic will leave Real Madrid of the Spanish League to join the team on a three-year contract.

Here's Adrian Wojnarowski of Yahoo! Sports with the scoop:

Per Wojnarowski, "Mirotic, a 6-foot-10 forward, was the Spanish League MVP in the 2013 season and brings a well-regarded offensive game to Chicago. He shot 46 percent from 3-point range for Real Madrid in the 2013-14 season, establishing himself as one of the finest jump-shooting power forwards in the world."

The Bulls used the 23rd pick in the 2011 NBA Draft on Mirotic, and will now finally reap the rewards of that selection.

With his Real Madrid contract now bought out, Mirotic will join the Bulls on the team's midlevel exception.

For the latest on Mirotic's signing, stay tuned to Chat Sports and our Chicago Bulls team page.