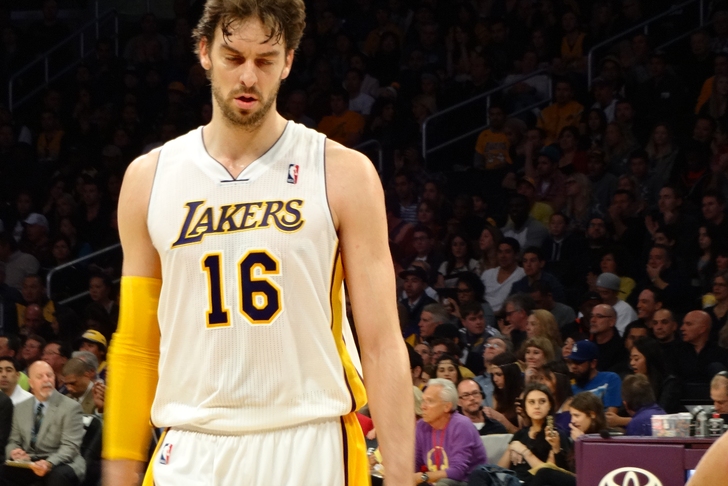 The Chicago Bulls are close to inking Los Angeles Lakers free agent Pau Gasol to a standard two-party contract, rather than acquiring him as part of a sign-and-trade with Los Angeles.

According to Brian Windhorst of ESPN.com, discussions between the Lakers and Bulls have seemingly fallen through, leading to Gasol coming to Chicago on his own accord:

Bulls in the process of finalizing a free agent deal with Pau Gasol. Will not be a sign-and-trade with Lakers, sources told ESPN.

Per Adrian Wojnarowski of Yahoo! Sports, Gasol will be taking around a $3.5 million pay cut for signing with the Bulls cold rather than by being shipped there via trade:

Pau Gasol move to Bulls matter of sign-and-trade that could get him $10M per year, or straight signing for $6.5M range, sources tell Yahoo.

Stat tuned to Chat Sports and our Chicago Bulls team page for all the latest on Gasol's impending deal.