Mike Dunleavy vs. Doug McDermott - Who Should Start? 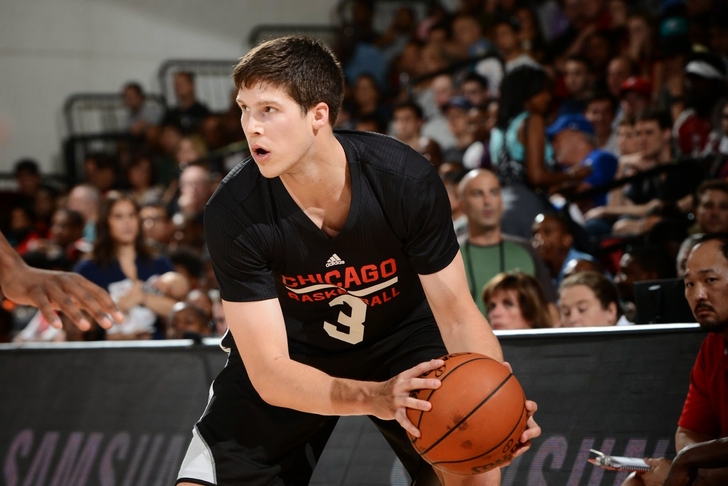 When the Bulls held their first scrimmage of the season on Tuesday, head coach Tom Thibodeau trotted Derrick Rose, Jimmy Butler, Mike Dunleavy, Pau Gasol, and Joakim Noah out onto the court as the starters.

No surprise there (the bigger surprise might have been that Thibs actually tipped his hand and showed his starting lineup) but it got us thinking - is Dunleavy really that much better than Chicago's first round pick, Doug McDermott?

Dunleavy is an above-average outside shooter (can we please stop calling him lethal, or a sniper? Please?) at 37.3% for his career from behind the arc, and gives Rose and Butler more space to attack the basket. However, even at 6'9", he can be a real liability on defense because of his lack of foot speed.

McDermott isn't exactly a defensive stalwart himself, but can score in more ways - and more effectively - than Dunleavy, and he can still drain it from the outside, although he's not as good at it.

Now, McDermott hasn't played a single minute of NBA basketball, but his incredible college performances would lead us to believe he'll be able to score at this level. The problem is he projects to be a better fit as a small-ball four man given his size and lack of quickness.

It's highly unusual for a guy that's not supposed to be a franchise centerpiece to start opening day, so seeing McDermott on the bench isn't the surprise. He needs time to adjust to the professional game and learn Thibodeau's defense.

But, by the end of the year, will he be able to offer more to the Bulls than Dunleavy? I say yes, and he should be starting sooner rather than later.