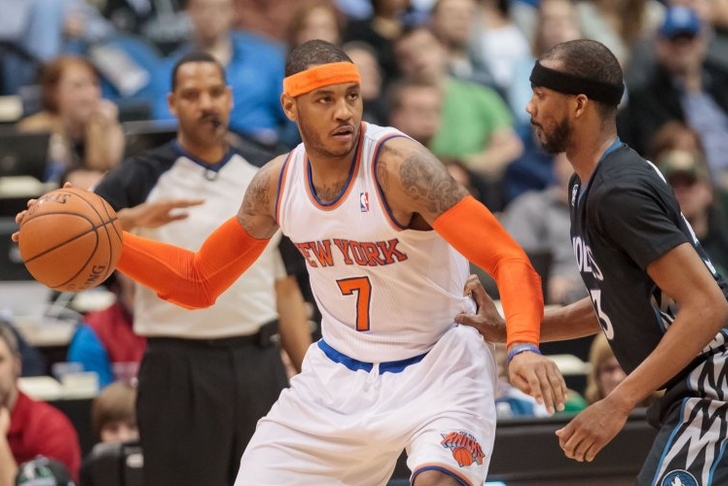 Bulls rumors (and let's face it, every NBA team's rumors) are completely focused on the upcoming sweepstakes for superstars Carmelo Anthony and LeBron James.

While James' intentions are relatively unclear at this point, Anthony seems to have his travel schedule completely figured out after the clock strikes 12:01 am on Tuesday and the NBA free agency period officially begins.

Per Marc Stein of ESPN.com, "Carmelo Anthony is planning to meet with the Chicago Bulls in Chicago on the opening day of free agency after the NBA's offseason market officially opens Tuesday at 12:01 a.m., according to sources familiar with Anthony's plans."

"Sources told ESPN.com that Anthony is in the process of arranging a trip to Chicago to meet with the Bulls, then intends to travel to Texas for Wednesday meetings with both the Houston Rockets and the Dallas Mavericks," Stein added.

Those sources also indicate that Anthony will most likely meet with the Rockets first on Wednesday, followed by the Mavs - with a face-to-face meeting with the Los Angeles Lakers being held off until the following week.

Despite all of these meetings, the New York Knicks remain very optimistic about their chances of retaining Anthony. Knicks president Phil Jackson is even reportedly planning to reach out to Pau Gasol to join Anthony on the Knicks' front line come 2014-15.

Whatever ends up happening, these next couple of weeks are going to be a lot of fun to watch.