Just In: Here's What The Bulls Are (Reportedly) Offering For Kevin Love 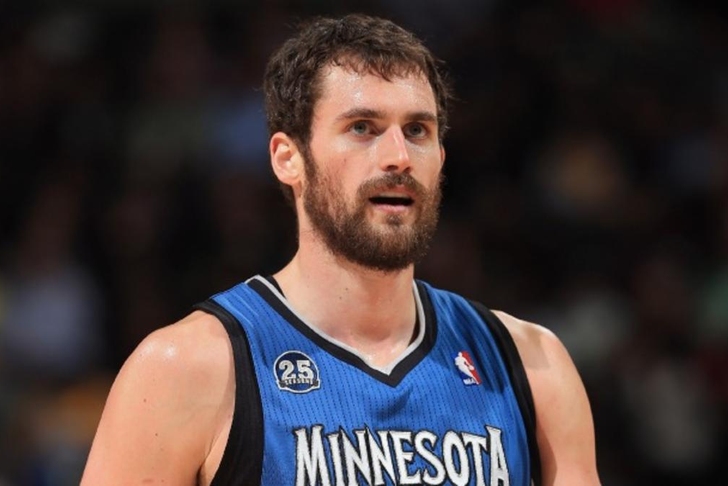 The Chicago Bulls have reportedly offered the Minnesota Timberwolves a trade package of Taj Gibson and rookies Nikola Mirotic and Doug McDermott for perennial All-Star Kevin Love, per Chris Sheridan of Sheridan Hoops.

According to Sheridan, while the trade scenario will likely be "intriguing" for both parties, "it cannot be completed for another 29 days because McDermott and Mirotic signed their rookie contracts Tuesday. NBA rules prohibit rookies from being traded within the first 30 days of inking their rookie deals."

Per Sheridan's source, the feeling around the Wolves is that the Bulls' current offer is viewed as a better deal that the Cleveland Cavs' rumored package of Andrew Wiggins, Anthony Bennett, and a first-round pick.

Wiggins has not yet signed with the Cavs, however, giving Cleveland an advantage if the Wolves are looking to get a deal done right away (rather than having to wait 30 days).

However, it is possible that the Cavs could sweeten their offer with an extra second-round pick or the rights to the Grizzlies' first-round pick in 2015, thus potentially trumping Chicago's current proposal.

However, everything is still up in the air as of this moment. The Boston Celtics and Golden State Warriors are also said to be in the mix as of this writing, so don't be surprised if a litany of new and intriguing offers hit the table before Love is officially dealt.

For the latest on Chicago's pursuit of Kevin Love, stay tuned to Chat Sports and our Chicago Bulls team page.