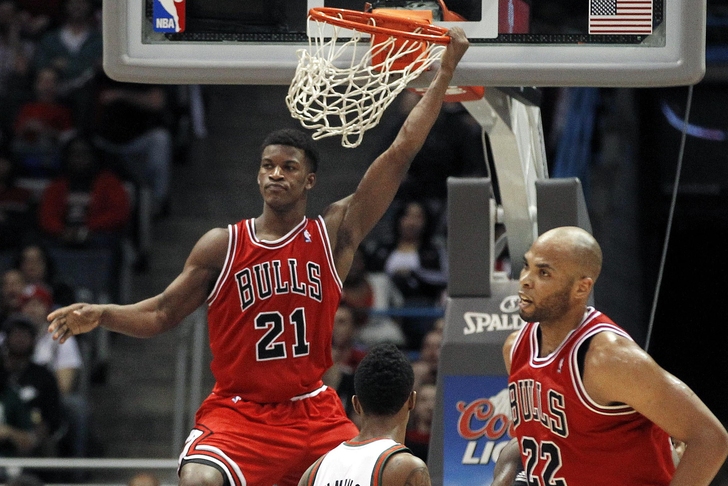 Butler's rejection of the Chicago Bulls' final offer before the cutoff came down to his belief that he will increase his value as the 2014-15 NBA season wears on.

“It came down to me deciding that I want to bet on myself,” Butler stated to Yahoo! Sports in a text message on Friday. “It was about me believing that I put the work in this summer to become a better player with the hope that my improvement will give the Bulls a better chance to win a championship.”

The sides still technically have until midnight EST on Friday night to seal an extension on Butler's 2011 draft class extension. However, Bulls officials made it clear to Butler and his representatives that they had provided their final offer on Monday and that no new deal would be offered prior to the deadline.

All the [rookie extension] deals done so far have shown that teams are building around their stars of the future, and they’re compensating those players as such,” agent Happy Walters told Yahoo Sports on Friday. “I was under the impression Jimmy was also viewed as one of those future building blocks with the Bulls."

“We tried like heck to get something done, but ultimately, the Bulls wanted a ‘hometown’ discount," Walters added. "While understandable, I doubt their GM or coaches give Mr. Reinsdorf a discount when negotiating their own deals.”

Butler averaged 13.1 points per game in 2013-14 while playing through a nagging foot injury for the majority of the campaign.