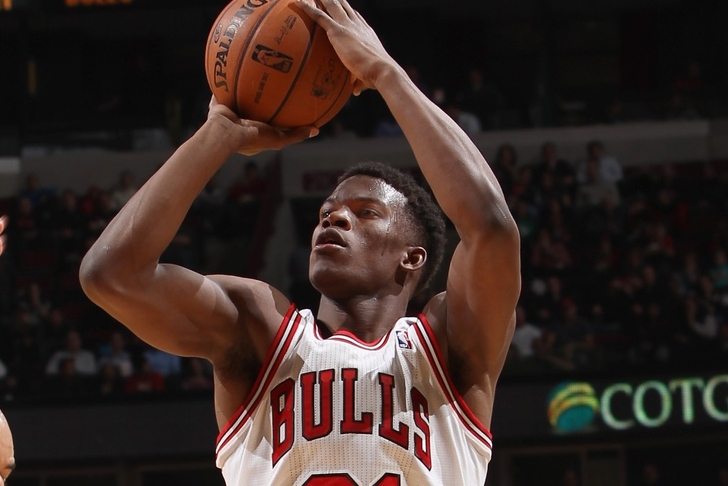 Many have pegged this I-94 rivalry series between the Chicago Bulls and Milwaukee Bucks as a simple cakewalk for the Bulls, but the young Bucks didn't get the memo.

Milwaukee dominated the tempo of the first quarter to a 16-11 lead thanks to stifling defense and a completely out-of-sync Bulls offense. Chicago would counterpunch to grab a three-point lead after the 3rd (71-68), but the Bucks would fight right back to retake the lead early in the fourth.

That wouldn't last. Chicago's wealth of talent showcased itself during a brilliant run in the middle of the fourth that served to push the pesky Bucks away, giving the Bulls a commanding 2-0 series lead after an extremely chippy 91-82 home victory.

13-0. A 13-0 run in the middle of the 4th quarter turned a three-point deficit into a ten-point lead. Ten of those points came from one guy and his name is...

Jimmy Butler.  After a breakout 2014-15 regular season of epic proportions, Butler seems primed to go full superstar in these playoffs. Butler finished with 31 points (a game high) and nine rebounds, with ten of his points coming in the aforementioned run. Clutch as clutch can be, Butler took over this game late with 14 points in the fourth, thanks to an absolute highlight reel of dagger scores.

Butler's assignment for most of the game, Khris Middleton, also put together an impressive showing on Monday. Leading the Bucks with 22 points and chipping in six rebounds, Middleton did everything he could to keep Milwaukee in things for the long haul while the rest of his teammates (including the ejected Zaza Pachulia) lost focus late.

The series shifts to Milwaukee and the Bradley Center for Thursday's Game 3. Tipoff is slated for shortly after 7:00pm CST.