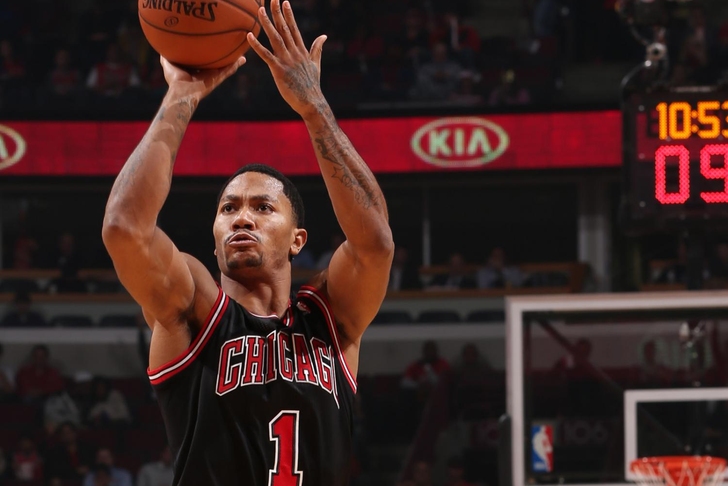 For the 48 minutes of basketball played out during Saturday's Game 1 between the Chicago Bulls and Milwaukee Bucks, Bulls superstar Derrick Rose made everyone forget about his injury history with a performace that harkened back to his NBA MVP days back in 2010-11.

A young Bucks squad led by head coach Jason Kidd was no match for a rejuvenated Rose and his motivated Bulls teammates in front of a raucous crowd at the United Center, as Chicago played keep-away for the majority of the game en route to a 103-91 victory.

The Chicago Bulls shot 40.3% from the field over the course of the 2014-15 regular season. They turned up their accuracy dial to 11 on Saturday, however, shooting 45.8% from the field (38-of-83) to consistently keep the Bucks at arm's length.

Derrick Rose was the heart and soul of the Bulls' effort in Game 1, scoring 23 points (with seven dimes) thanks to a variety of signature herky-jerky drives to the rim. With Rose operating at peak efficiency (he played just 27 minutes), the Bulls could very well be the favorites in the Eastern Conference.

Khris Middleton continued off from his breakout 2014-15 regular season, posting 18 points for a Bucks' attack that was stuck in neutral for long stretches of the night.

The teams return to United Center for Game 2 at 7:00pm CST on Monday night.