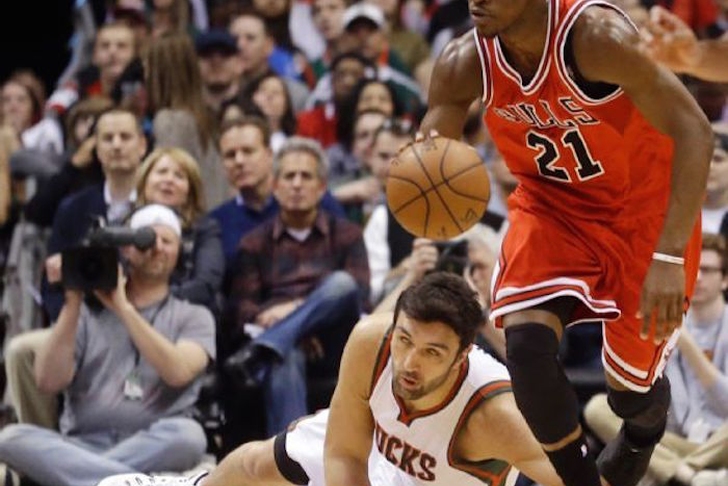 Chicago and Milwaukee went back and forth throughout the first half, but Milwaukee held the 53-49 advantage at the break. However, the Bulls turned their intensity up a notch in the second half and seized control of the game. The Bucks gave Chicago a scare as they took the lead with 10 seconds left, but Derrick Rose made one of two free throws with four seconds left to force overtime.

The first overtime period was a little anti-dramatic as no one scored during the last 2:31, but the Bulls game out strong in the second OT frame by scoring the first ten points.

Chicago now lead the series 3-0, which is bad news for the Bucks as no NBA team has ever won a series after losing the first three games.

The Bulls started the third quarter on a 12-4 run, taking the lead back from the Bucks - a lead they would never relinquish.

Chicago was able to stay in this game and then take control because of their hot shooting from three-point land. They went 14/33 (42.4 percent) from deep as a team, and got an unexpected boost from Derrick Rose's five threes.

Rose had his second great game of the series, scoring 34 points while dishing out eight assists. Jimmy Butler also pitched in 24 points.

Giannis Antetokounmpo finally had his first good game of the postseason as he led the Bucks with 25 points and 12 rebounds, including several clutch shots late in the fourth quarter and overtime. Michael Carter-Williams also played well with 19 points and nine assists.

Milwaukee will try to keep their series alive with a win in Game 4 on Saturday at 5:30 p.m. ET. The game will be televised by TNT.