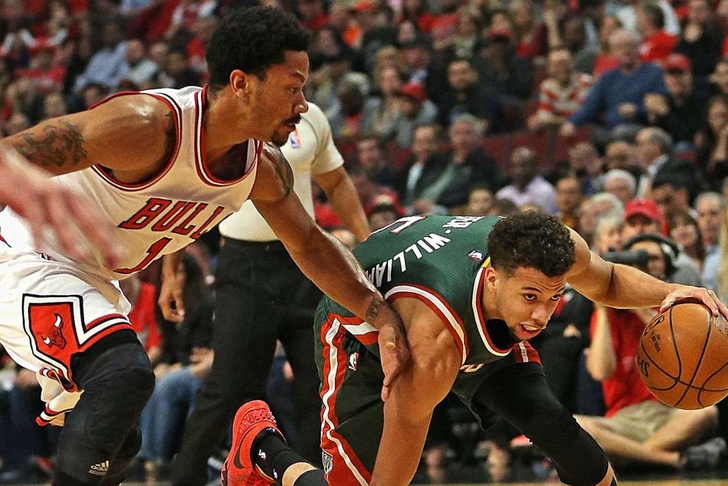 For those who assumed the Chicago Bulls would steamroll the young Milwaukee Bucks and close this series in five, think again.

The young Bucks played with a sense of abandon on Monday night, blitzing Chicago with a combination of lockdown defense and timely shooting. It was enough to pull off the Game 5 shocker in Chicago, 94-88.

After two-straight Bucks wins on the edge of elimination, the series shifts back to Chicago with the Bulls clinging to a 3-2 series lead.

The Bulls were spotting from the field all night long, shooting just 34.4% from the floor (31-of-90). That includes a chilly 4-of-21 (18.2%) from beyond the arc for the suddenly dormant Bulls offense.

Michael Carter-Williams announced himself to the world on Monday night, weaving his way through the Chicago defense en route to 22 points and 9 assists. He acted as the catalyst of the Bucks' offense, dishing dimes and draining shots in a clutch playoff performance.

Pau Gasol continues to turn back the clock, posting a double-double of 25 points and 10 rebounds while efficiently dominating the paint on both ends of the floor.

The series shifts back to Milwaukee for Game 6 on Thursday. Tipoff is slated for just after 6:00pm local time.